3 Reasons Why Every Man Should Own a Suit 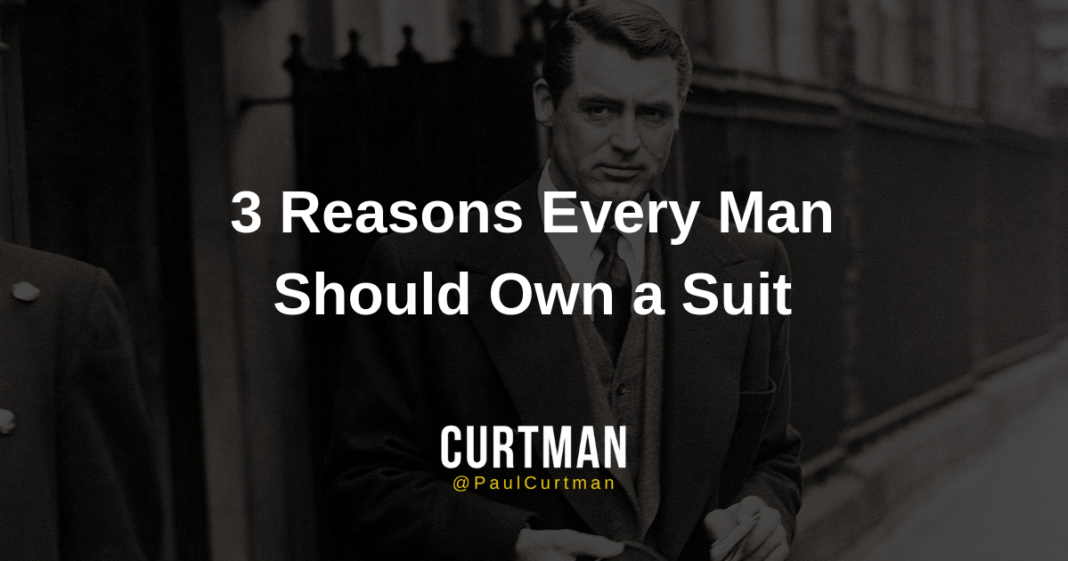 Marine Corps boot camp is known for its tough training and discipline. You might be surprised to know that a great deal of emphasis is also placed on how to have a dress coat tailored and how to tie a full windsor knot in your tie. I’m not talking about a half hour “here’s how you get dressed” class either, I’m talking about hours on end and several days of inspections to drill it into recruits the importance of wearing their uniform well. When the Marine Corps graduates Marines at the end of three months of bootcamp, its only after the recruit has shown, among other things, that they understand the importance of wearing their uniform in a manner that demonstrates professionalism, discipline, dignity, and commands respect. I learned a lot about the importance of dressing well when I was in the Marines and I learned a few things about why it’s so important for every man to own a suit and know how to wear it. It wasn’t just the Marines that taught me this, I also learned about the importance of men dressing well from history books about great leaders in the past, some of whom were promoted to high office simply for looking the part. For example, George Washington had a military uniform made for him that he wore when he attended the continental congress although he was no longer serving as a leader of any particular military unit. Who else would the Continental Congress give command of their new army to other than the one man who showed up dressed for the job? Although you might never be made commander in chief of the armed forces for wearing any particular set of clothes, a good suit does come in handy for a man who wants to be ready.

I enjoy listening to podcasts where men are encouraged to embrace their masculinity and exercise self-ownership and leadership. One podcast that I always really liked had a guest on who was going to talk about men’s dress and attire and I was really looking forward to it. It quickly became apparent to me that the so called “expert” on menswear was not much more than an adult boy who dressed for fashion to impress women. He completely lost me and I tuned out altogether when he said suits weren’t important and quipped, “Nah, like, I don’t even own a suit.” Oscar Wilde once said, “Fashion is a form of ugliness so intolerable that we have to alter it every six months. Don’t wear a suit for fashion, wear a suit for style and class. Wear a suit that would have looked good in 1940 as well as 2018. Getting this timeless look is easier than you think, just follow the rule that Cary Grant used – keep it simple.

Even if you don’t intend to wear it very often, it is always better to have one and not need it than to need one and not have it. Part of being a man involves not only knowing how to act appropriate but also how to dress appropriate.