Enduring Courage: Ace Pilot Eddie Rickenbacker and the Dawn of the Age of Speed, by John F. Ross 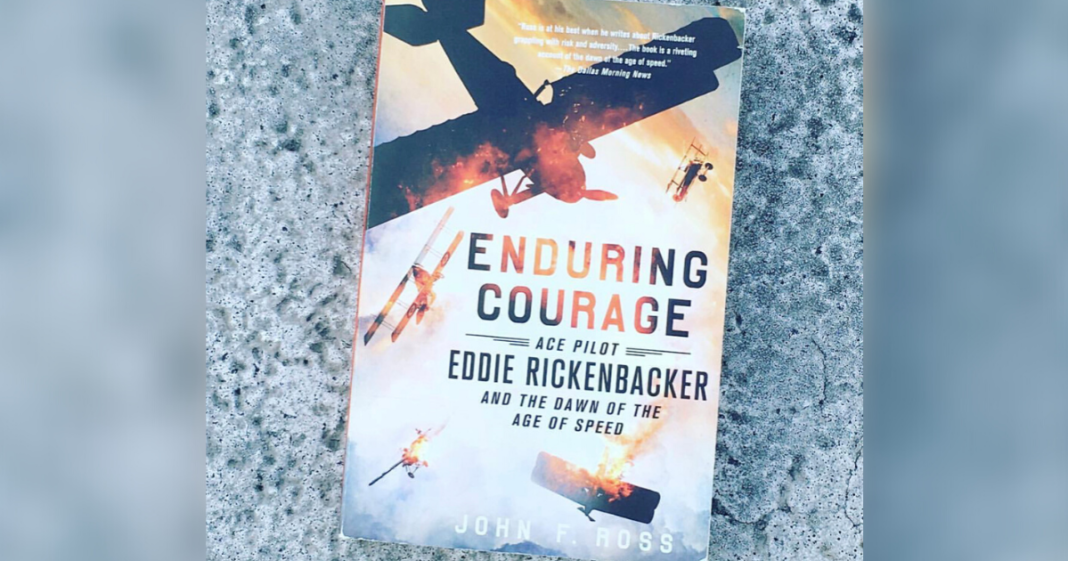 This book by John F. Ross tells the story of fighter pilot Eddie Rickenbacker, an amazing man and twice a war hero in two world wars. He bootstrapped his way up from working in a car garage as a kid to being a celebrity on the race track to becoming a World War I fighter ace and then the founder of eastern airlines. He fought in the air against the Red Barron at a time when most pilots were prohibited from wearing parachutes to encourage them from not bailing out in a dog fight. He came back to serve the country again in World War II and spent three weeks adrift without food or water in the Pacific Ocean before being rescued.

Eddie Rickenbacker was a great leader but this book brings out a great deal of leadership from some of the German fighter aces as well.

A fascinating German fighter ace was Oswald Boelcke, who wrote the first book on the principles of aerial combat titled, “Dicta Boelcke.” Boelcke was the mentor of Manfred von Richthofen, the Red Baron, who prohibited his pilots for acrobatics while in the air. Richthofen said, “The decisive factor does not lie in trick flying but solely in the personal ability and energy of the aviator. A flying man may be able to loop and do all the stunts imaginable and yet he may not succeed in shooting down a single enemy.” There is a real lesson there in terms of discipline and the focus required for real manliness in battle.

This is a great book and a good study in leadership and importance of learning in an ever changing or new environment. I highly recommend it.