Herodotus on the War for Greek Freedom 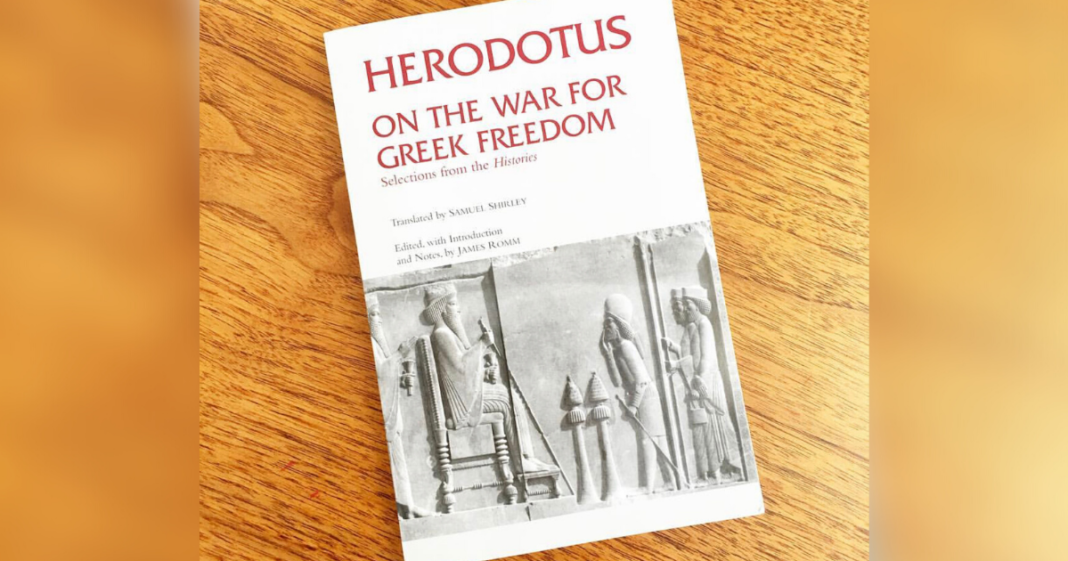 Often called the “Father of History,” Herodotus, is one of the earliest historians ever to put ink to paper. Ancient history is fascinating and Herodotus does a great job of informing about the political and military history of ancient times. He also chimes in to discuss the culture of ancient people such as the people of Massagetae who practiced human sacrifice and cannibalism or the Persians who looked down on the Greeks for their open marketplaces.

One of the best histories he discusses is that of King Cyrus of the Persian Empire. King Cyrus was the grandson of Astyages, King of the Medes. Astyages had a dream one night when Cyrys was jsut a baby and he belieed that his dream meant that Cyrys would usurp him as king. He ordered baby Cyrys to be killed. By a miracle of events, Cyrus lived and wasn’t discovered for nearly ten years. Astyages discovered his grandson was still alive and instead of having killed off for good, he was sent to Persia. Another ten years passed and Cyrus lead a revolt against the Medes to become kink of the Persian empire with the Medes now under Persian submission.

This is the same King Cyrys who is described in the Bible as building a house unto God in Jerusalem in the first year of his reign as the King of Persia.

Men need to read. If your a husband, father, employee or employer, someone is depending on you to lead. So pick up a book! Leaders are learners and learners are readers. Men should know how to lead but that requires knowing how to think. To learn how to think well, you should be reading the thoughts of great men and great leaders.

Pick up a translation of Herodotus and read a little here and there. You’ll be better off for learning something new, I guarantee it.