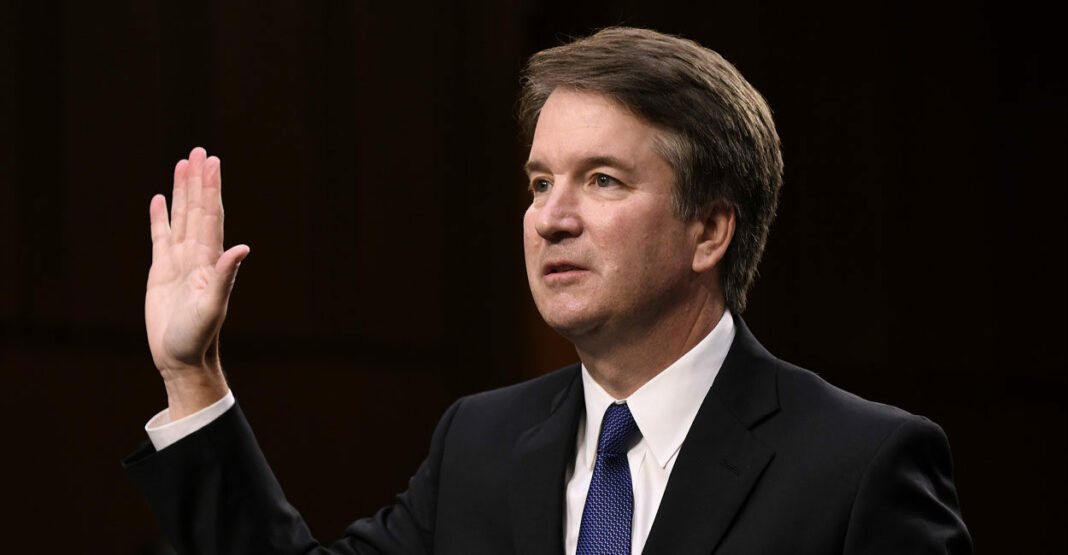 During yesterday’s U.S. Senate confirmation hearing of Judge Kavanaugh, Senator Tillis mentioned an NBC report that stated the democrats held a conference call to choreograph their interruptions of the confirmation hearing and Senator Durbin of Illinois confirmed the call. Every interruption by senate members on the left spoke to a disingenuous concern for our constitution as they continued to block a constitutional process. I sat in both stunned disbelief and outrage watching all this unfold on a live-stream as United States Senators, and their activists on the left, turned one of the most sacred processes in our system of government into a political three-ring circus. I mean that literally – just when one senator finished their interruption of the hearing, a cohort from the crowd would pipe up with some chant that I’m sure they stayed up all night writing. Hey, you’ve got to make your five seconds of fame look and sound good before the capitol police get your arm behind your back and your chant shoots up a couple octaves as you’re being escorted out to get arrested. At the end of the day, I thought the show was over – the democrats rudely stalled and probably whipped up their base somewhat but we could expect civility from then on. I was wrong. It took about a minute for the left to interrupt day two of Judge Kavanaugh’s senate confirmation hearings today with shouts of “Sham president, sham justice,” followed by calls that essentially amounted to nothing more than liberal talking points for more gun control.

Want to know what the left really wants? They want to be authoritarians. They talk about the constitution but even when they have an opportunity for a bi-partisan committee to meet on constitutional grounds, to vet a nominee to the supreme court, they take every opportunity to interrupt. The liberal members of the senate committee tried to bring the hearing to a halt by constant interruptions and motions that broke the order of the process and then their left-wing activist friends in the crowd stand up and shouted down the chairman, Senator Grassley. Conservatives have their rallies but have the conservative members of the senate ever coordinated with members of any activist group to shout and scream in a senate committee? No one is sure how deep the coordination was but I heard reports of these people from the crowd getting paid right outside the hearing. By the end of the day yesterday, senate democrats spoke out of order, interrupting the committee, over sixty-three times and seventy people or more were arrested for shouting and interrupting the committee.

People like this aren’t interested in safeguarding the constitution. They’re interested in forcing everyone to just do what they want and if they don’t get their way they’ll interrupt, shout and scream in an effort to bring to a screeching halt, the one process that people on both sides of the aisle can have some faith in. Actions speak louder than words. If they say they want to preserve the constitution and then throw a wrench into the constitutional mechanics we rely on to appoint justices to the supreme court, you can count on the fact they want nothing to do with the constitution or you unless you fall in line with their agenda. Watching what has unfolded the last couple of days proves even further how important it is to make sure we have sound nominees that are intent on following the constitution. The recent events at the confirmations hearing for Judge Kavanaugh also show that the left can’t be relied on to govern free people because they don’t want you to have your freedom, they want to interrupt and shout you down until they have you under their thumb.