Making Your Efforts Count for Something 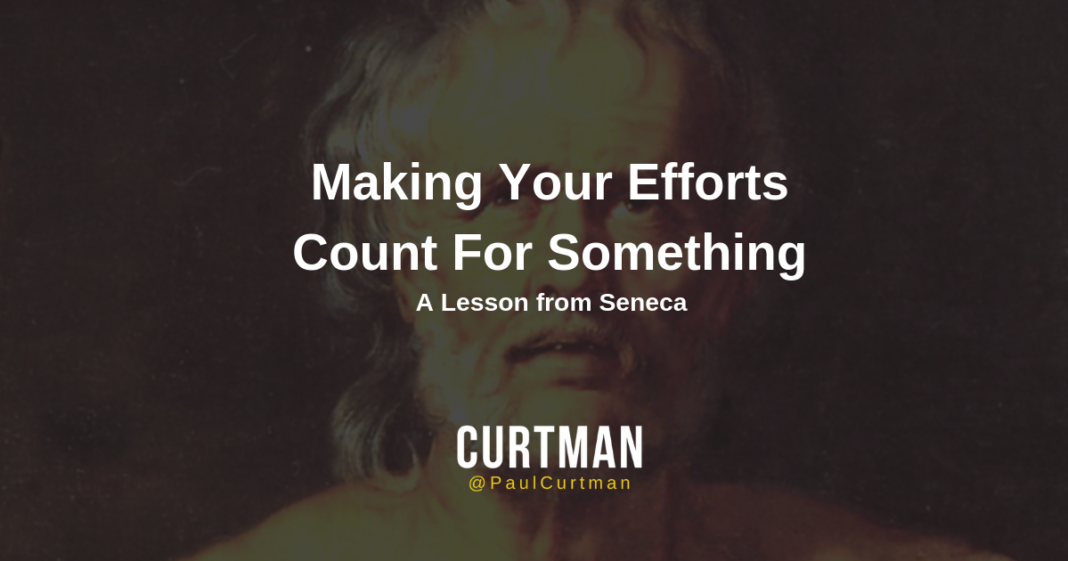 Let all your efforts be directed to something. Let it keep that end in view. It is not activity that disturbs people, but false conceptions of things that drive them mad.

Aesop tells the story of a family of mice who are having problems with a cat. All the mice come together to propose ideas on how to defeat the cat. After much discussion, one mouse suggests they put a bell on the cat so they can hear the cat approaching. With the exception of one older mouse, the rest agree that this plan would be sure to guarantee their survival. The older mouse agrees how great it would be for the cat to be wearing a bell but then he asks the question, “Who will put the bell on the cat?” It must have been exciting to sit around and come up with a great idea but it was better the old mouse asked his question sooner rather than later or those mice would have wasted a lot of time and energy planning to do something that none of them were actually prepared to do.

Like the mice in this story, it can be really easy for people to sit around coming up with good ideas only to realize at some point along the way that we weren’t as prepared as we thought we were because we didn’t take time to clarify the end we have in mind and what that looks like. Sometimes, we waste our time, energy and emotions on ideas we aren’t really prepared to execute. More often that not, many men will get carried away with activity, thinking that being busy is tantamount to getting things done and before too long they get frustrated being so busy without results that they nearly go mad burning themselves out going nowhere.

Do you ever feel like you’re just spinning your wheels? Wasting energy and not actually going anywhere? So many people are too quick to spend their energy on actions before they have any idea of what they are really trying to accomplish.

What Seneca is saying is to be forward looking; have an end in mind before you activate yourself. Don’t get busy doing something until you can clearly see what it is you’re going for and how you can get it done.

If you practice reflection you’ll get to know yourself better than anyone else could possibly know you. I’m not saying don’t think big, but I am saying, and I believe Seneca’s statement indicates his agreement, that we should not think falsely. Know the reality and the truth, it will help you posture yourself for greater effectiveness in what you aim to do. This rings true to how we think about ourselves also. We need to know ourselves to know the difference between actions that are worthwhile and actions that we take that do nothing more than distract us from those things we should be doing. One of the Marine Corps leadership principles taught to officer candidates is, ‘Know yourself and seek self improvement.” This is disciplined into the heart and mind of every Marine officer long before they ever take command of a platoon and you should be disciplined to it also if you intend to take command of your life. Knowing the truth matters to those who want their efforts to count for something.