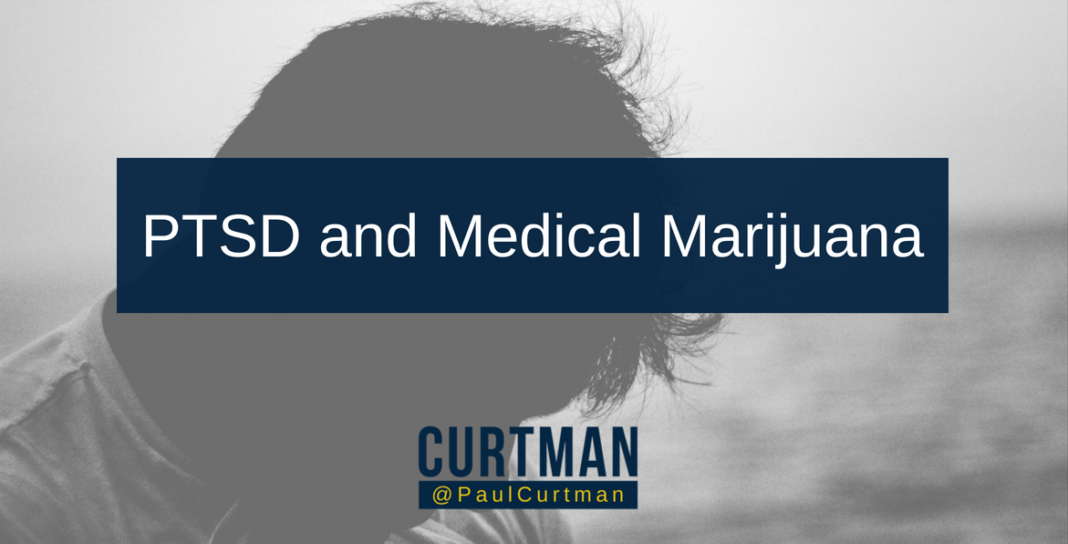 I’m not God and I’m not a scientist so I don’t know how cannabis seems to help some veterans with PTSD and not others but I do believe that it should be an option. Last year in the Missouri House of Representatives, I added an amendment to a bill that stated if marijuana became legal for medical purposes, PTSD would be qualified to allow our veterans to try something other than their current doses of prescribed chemicals and manufactured drugs. When looking for relief from the scars they brought home from war, our veterans should have the right to try any form of medical help available.

When I was in the Marines, my radio call sign was ‘Choirboy.’ It was a nickname given to me because I was in church on Sunday, didn’t go clubbing and didn’t drink, smoke, dip, swear etc. I was pretty sheltered growing up in a preacher’s home. After I came home from the military, I did what many do – I went to college. Before too long, guys I served with started calling each other, passing word about our friends who gone back overseas but weren’t going to make it home alive. I hated getting those calls. Years later these calls turned into calls for help because one of our own was suffering from the effects of the war, terrible effect, the kind that would drive a man to kill himself. Veterans go to the Va for help where a doctor might prescribe some drugs, the side effects of which many times include depression and suicide. Sometimes these drugs help but sometimes they seem to make things worse. But where else can these veterans go?

We had a Marine in my home state of Missouri who was on a huge concoction of drugs and it was killing him slowly; making him sick, putting him through increasing bouts of severe depression etc. He lost his job and began to distance himself from his family. His father, a straight-laced conservative Vietnam Marine veteran, was desperate to get him help. His father told me that he encouraged his son to get off the drugs and “smoke a joint” if it would help. That’s exactly what his son did and it seemed to be helping. He wasn’t as anxious and found it easier to work with people and things began getting back on track. Unfortunately for this young veteran though, a neighbor told the police. He was soon back on the prescribed drugs from the doctor and within weeks, he put a gun to his head and pulled the trigger. His father came home to find his lifeless son laying on the front lawn. Terrible situation.

The government needs to protect a veteran rights to cannabis for medical usage when they debate these pieces of legislation. We have too many veterans that have been lost to drug overdoses or suicide who could have had medical help and oversight when coping with issues most don’t understand. Veterans deserve options; the freedom to try. These men and women are trying to cope with scars the vast majority of Americans can’t understand and we shouldn’t treat them like criminals for trying to find stability from using medical marijuana to get their life back on track.

For some it may not help but for some it might. I know this though, I would much rather any of my fellow veterans use it every day of their lives than kill themselves on their front laws. Any politician or political candidate who touts their love for the troops during campaign season needs to be on record as to whether or not they support veteran’s right to try medical cannabis as an alternative to the thousands of drugs they might otherwise be prescribed. Politicians need to be on record defending our veterans freedom – our veterans are already on record.