Putting Truth Above the Honor of Men 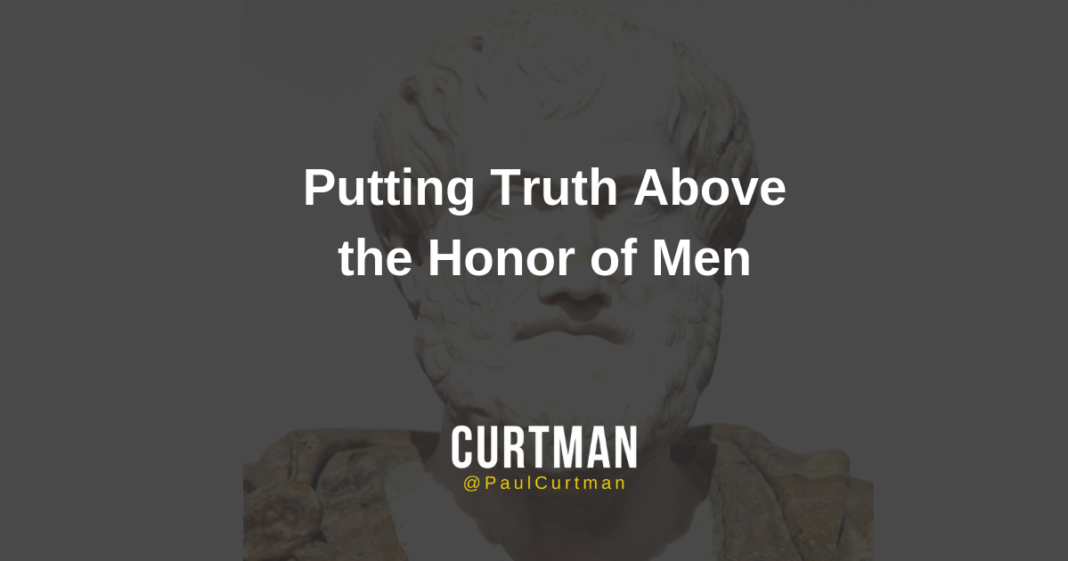 Truth. It can unravel the life you’ve built or it can help you build the life you want. It may not be what you want to hear but deep down you know you need to hear it. It might be something you hope everyone else comes to know or it might keep you up at night hoping no one finds it.

Truth is quite literally the most important thing any man could hope to aspire and apply his life to. The grave mistake that so many men make, and people in general, is instead of admiring the truth, we admire people. When we choose to follow men rather than truth however, we walk a dangerous path that invites disappointment and confusion and we run the risk of being left at the dead end of animosity, bitterness, anger and regret.

Don’t get me wrong, there are people to be admired but we should always place our allegiance to the truth ahead of any commitment we have to any man. This can be hard to do because, after all, we like people. Sometimes we see attributes in other men that we admire and we adopt those attributes we find worthy of incorporating into our own lives. It’s important that we recognize that it is the attributes we admire more so than the man himself. Of those attributes, truth is the only one that is a rock – you can count on it to be the same no matter what. Truth is the final standard. It is the ultimate measurement of every other honorable attribute we, as men, want to adopt. We should always make it the cornerstone of our lives for it is from our commitment to the truth that our honor is built.

The Marine Corps motto is “Semper Fidelis.” It means “Always Faithful” but it doesn’t mean that each Marine is supposed to give blind loyalty to every other Marine. What it means is that we are supposed to be unwaveringly loyal to our code – our corps values of honor, courage, and commitment. So long as every Marine remains loyal to our values, we will be loyal to each other. It is this code that pulls us close and bonds us together. As a Marine myself, I always thought it would be a terrible thing to fail my fellow Marines on the battlefield or on a run. I also thought it would be far more terrible to fail my fellow Marines where my integrity or honor was concerned. Marines that are loyal to a code in our private conduct are Marines that will be loyal to each other on the battlefield.

On a side note – although it may help reassure you, never measure the truth by a man’s sincerity or sacrifice; many men have been sincerely wrong and died fighting for a lies.