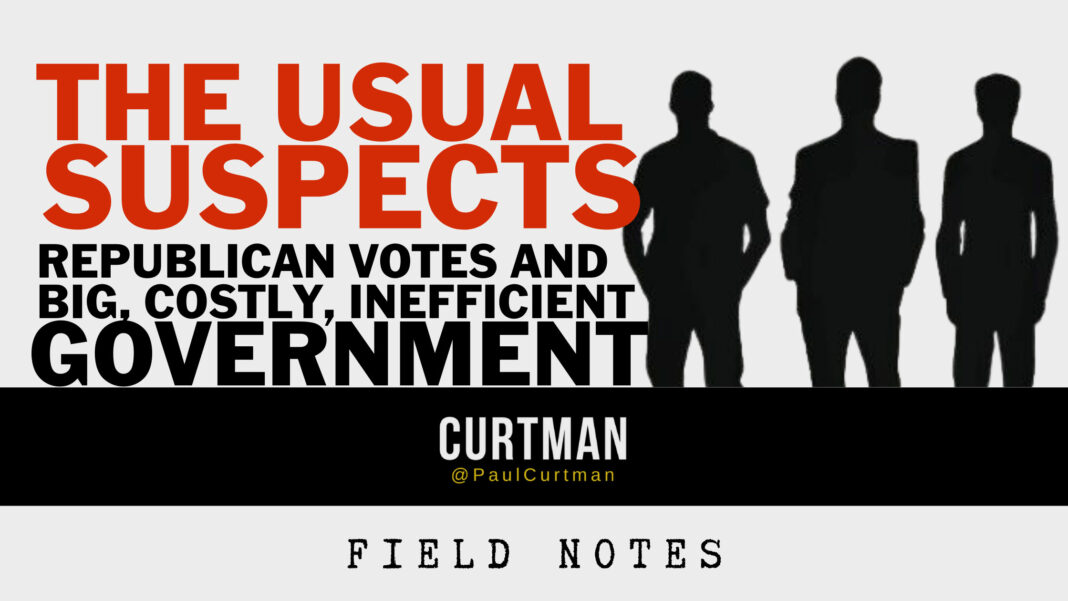 Last year, Missouri voters approved a ballot measure to expand Medicaid eligibility under the Affordable Care Act (ACA), also known as Obamacare. Under the ACA, 90% the cost of Medicaid expansion would be covered by the federal government and the state would have to find the remaining 10%.

The expansion was approved by a slight majority of Missouri voters and passed with only 53% of the vote.

There are a multitude of reasons why the financial cost of expanding Medicaid would harm the state’s financial position and likely further exacerbate the current problem many Missourians have with getting the benefits they are already entitled too.

Some people say the state will come up with the money by streamlining other parts of government. Yeah right.

“You’ll save money by spending more money!” Oldest trick in the book to get you to spend more money… every credit card company uses this tactic and people still fall for it.

To get a much better appreciation for why the House budget chair, Cody Smith is doing the right thing, read my latest Field Notes, READ THE AUDITS! Medicaid Expansion. True Story of Waste and Fraud., and you’ll see why spending the money elsewhere is a better idea and why our legislators should read Audit Reports before passing out ever increasing amounts of taxpayer dollars.

Just as an example though – state audits reveal numerous inefficiencies in MOHealthNet. According to audit reports, the current system is not capable of triaging Medicaid recipients which would allow the most needy to get their health treatments on time.

In spite of the fact that the courts have ruled that the legislature is not required to spend money to grow the size of government health entitlements, some republicans in the senate still want to do it.

A vote to spend money and expand an inefficient Medicaid program failed in a senate committee this week but not without a few Republicans trying their best to vote YES and grow the size of this broken government system.

HOW THEY VOTED
State Senators Lincoln Hough, Mike Cierpoit and Justin Brown all voted with the left to to spend money they were not required to spend, just to grow the size of government – specifically a program that is wrought with inefficiencies and which leaves the door wide open for fraud and abuse.

I’m curious to know if any of them ever read through audit of the department and bothered to ask MOHealthNet leadership if the problems cited in the audits have ever been fixed or even addressed by the legislature at all before assigning the department more money during the budget process.

I won’t hold my breath.

Fortunately, these republicans didn’t yield any results in their quest for bigger government and the proposal failed on a vote of 7 YES and 7 NO vote in committee.

Advocates for limited government might be so fortunate next time.