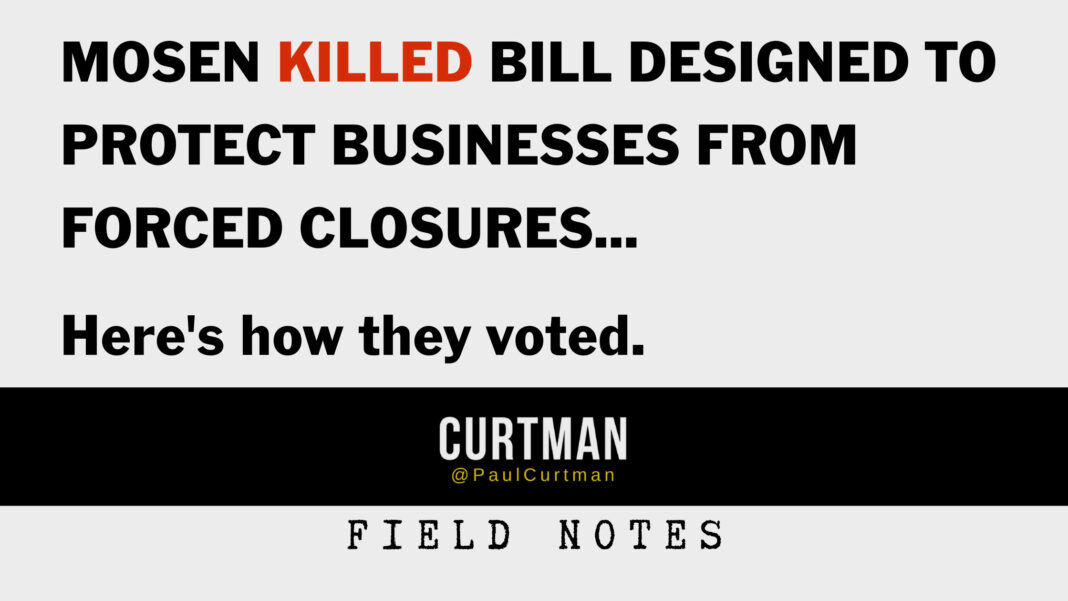 Senate Bill 12, was designed to stop authoritarianism from local governments who use things like Covid-19 to close businesses, churches, or schools or other places of gatherings.

Within days of the public stripping toilet paper from the store shelves, and after Dr. Fauci’s famous March 8th statement that “There’s no reason to be walking around with a mask,” government officials at state and local levels began to implement what many thought were reasonable guidelines to “flatten the curve” so as to not overwhelm our hospitals.

But then mission creep set in – not to be outdone, local leaders began ‘LEADING’ by doing more than was reasonable, or necessary.

By September, half of all adults who lost their jobs due to Covid and the subsequent shutdowns were still unemployed as many of them were under mandatory closures from local and state governments.

It was so bad that 17% of all adults surveyed in the PEW Research poll (Link in above paragraph) measuring the effects of Covid on their employment and income situation had to resort to food banks to feed their families.

The Bureau of Labor Statistics reported in August that the number one demographic to get hit with job losses from forced closures was women.

Not only did they require masks but then they decided not to let people gather or businesses remain open, many of which were deemed “non-essential” – remember that when they begin running for re-election to create jobs and keep the economy moving.

Saint Louis County, under the direction of County Executive Sam Page crippled small businesses and pushed many families and small businesses into closure for so long that by December, data from Yelp suggested that up to 60% of all closures across the nation would be permanent.

Don’t worry, working moms and dads, the MO legislature has your back…..in their cross hairs.

Last night after a filibuster that lasted into the early hours of the morning, both democrats and republicans united in a rare display of bipartisanship to kill a bill that would have helped keep small businesses open, even during pandemics.

If it had passed, Senate Bill 12, proposed by Senator Bob Onder, would have restricted the ability of local governments to force business to close under circumstances similar to what we’ve experienced with Covid.