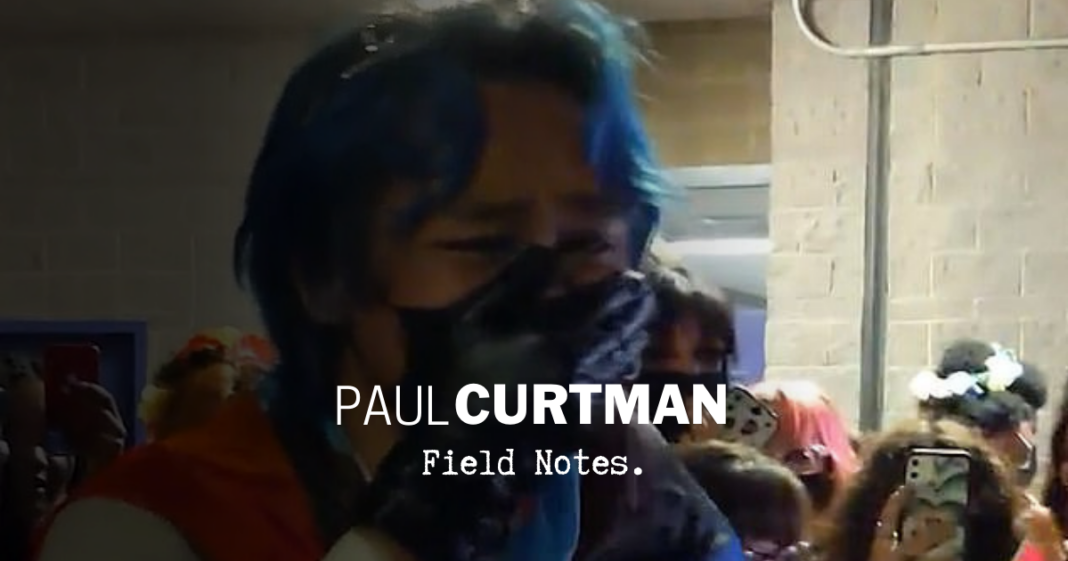 “A high school in Las Vegas Nevada is in the news for reprimanding a student who pulled out an LGBTQ Pride flag and waved it after having won the title of Homecoming Queen. The school said it violated school protocol. This wouldn’t be to crazy of a story except for the fact that the student who won the title of Homecoming Queen, was Josh Ocampo, a biological male who identifies as nonbinary and uses the pronouns they/them. So to be clear, it is perfectly fine for a male student to win a title traditionally reserved for female students even though that student refuses to identify as either male or female.  It’s just that we begin to cross moral lines if they celebrate with a flag.”